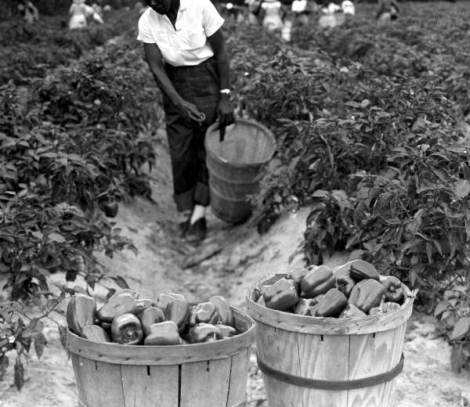 In 1896 Henry Flagler decided to extend his Florida East Coast Railway south from West Palm Beach to Miami. All along the rail line small settlements were established; most of them were farming communities.

One of the early cash crops was pineapples. Competition from Caribbean and Hawaiian pineapple growers led most farmers to switch to growing tomatoes, which turned out to be more profitable. Later, farmers discovered that beans, peppers and other winter vegetables were even more financially rewarding.

Downtown Pompano came alive as farmers, brokers, railway agents and local residents congregated to make sure the crops got to market. Such was the level of activities, that in 1939 a new farmers market was opened just west of town along the Seaboard Airline Railroad tracks. When it opened, the Pompano State Farmers Market boasted a loading platform over 1000 feet long – supposedly the longest in the world. 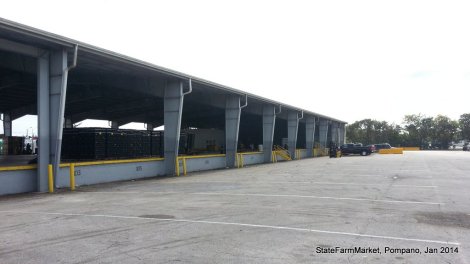 All the text from http://www.pompanohistory.com/phc/ourhistory/

THIS BLOG IS NOT A BLOG OF THE CITY OF POMPANO BEACH. Any information on this blog is SOLELY the responsibility of IBI Group and Glenn Weiss.

We hope to facilitate public communication and dialogue with the residents, employees and business owners during the development of a Public Art Master Plan for Pompano Beach between Jan-July, 2014. The Master Plan will describe the types of artworks and locations in the City during the next ten years.

Any Questions or Comments? Please send us your thoughts and pictures about the future of public Art in Pompano Beach.

My Tweets
THIS BLOG IS NOT A BLOG OF THE CITY OF POMPANO BEACH. Any information on this blog is SOLELY the responsibility of IBI Group and Glenn Weiss. Please send complaints or compliments to gw@glennweiss.com.